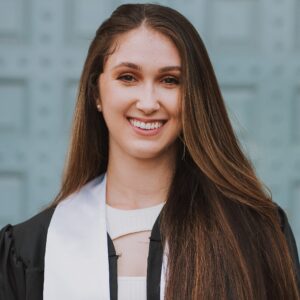 Harker Heights, TX – Mackenzie is a leader in the VSN Social Club program and grew up in a military family. She met her husband in high school but crossed paths again after he joined the Army. Just a short time later in 2018, Mackenzie and her husband got married and had their first son while he was overseas, and gave birth to their second son in her senior year of college while her husband was deployed. After graduating from the University of Texas in 2021, Mackenzie discovered the VSN Social Club program while searching for other spouses, parents, and students navigating situations similar to her own. Mackenzie's husband Sheldon is currently active-duty and stationed at Fort Hood, Texas where they live with their 3-year-old son Lane, and 1-year-old son Atlas. She enjoys sociology, philosophy, and working out!