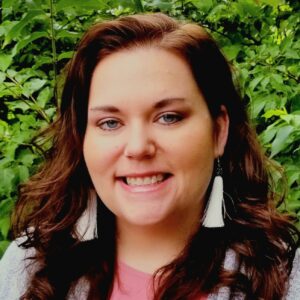 Elizabethton, TN – Nicole is the spouse of a post-9/11 Marine Corps Veteran and a peer leader for the Better Together Caffeinated Chat VSN Social Club Program. Nicole met her husband in high school prior to the military. They were married shortly after boot camp and moved to Camp Lejeune, NC. Nicole served as Key Volunteer while her husband was on active duty. Post-military, she was wanting to connect with other military spouses for support. Nicole enjoys speaking with other military spouses and connecting with them every other Friday night. Nicole lives in the mountains of East Tennessee and loves spending time outdoors with her husband and daughter.