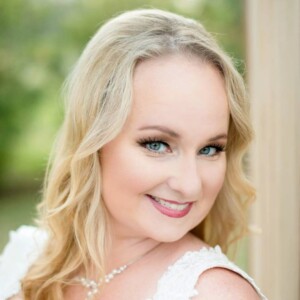 Debbie Wilson is a Veteran Spouse born in Nederland, TX, and was adopted after foster care where she was raised in Houston, TX by an Army Vietnam Veteran Dad, and her Veteran Caregiver Mom where the couple struggled with the undiagnosed PTSD and several medical issues from his Vietnam Service. Debbie has seen the military culture, sacrifice, and family struggles all her life surrounding post-service invisible wounds of war and how PTSD can impact a family and shape a person in general. Thankfully, her dad received his 100% disability rating and service connection when she was in her early twenties. He sought treatment and found a support group for Vietnam Service Members and started his calling in Veteran outreach. Debbie's parents were able to later retire by moving to New Mexico and became leaders for Veteran Couple Retreats at the Angel Fire New Mexico Veterans Wellness and Healing Center.

Debbie has three children from her first marriage: she's a proud Blue Star Mom to her young adult son who is Active Duty Army, a daughter who just graduated high school and is starting College for a Meteorology degree, and a teenage daughter in high school.

Debbie met her husband, who is a Post 9/11 Army Combat Veteran, in May 2013 and they connected instantly with several childhood similarities and their love of their families who served in the military over multiple generations. They married in April of 2016 and she loves her two bonus daughters who are pre-teens. Her blended family is full of love, lots of laughter, and an ability to overcome many life struggles by staying a strong family unit.

Debbie's background is in Psychology and the Medical Field, specializing in child trauma, domestic violence, and female wellness education. She is a PTSD Advocate and a Court Appointed Special Advocate Volunteer. Debbie is excited to be a V-SRG Leader where she is a part of helping other Veteran Spouses find a friendship community where the spouses feel not alone and always connected to a family. She loves music, photography, and the outdoors, and enjoys cruising with the wind in her hair with her husband on the Harley Davidson Road Glide.