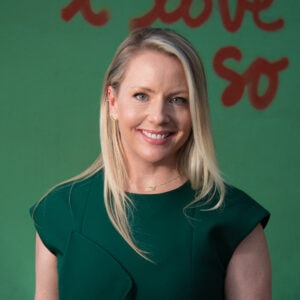 In addition to her role as an Advisory Board Member, Amber Vasquez has served as a peer leader within the Veteran Spouse Network. Her ultimate goal with this work is to help partners, spouses and families adapt to civilian life as smoothly as possible. Amber and her spouse transitioned from military service in 2005. At that time, they moved with their three young children from Ft. Campbell, KY where her spouse served as an Airborne Infantryman with the 101st Airborne-Air Assault, directly to Austin, Texas. Among the many unique challenges inherent to transitioning, around this time, Amber and her husband were pregnant, while simultaneously navigating one their child's recent diagnosis of multiple severe disabilities. Prior to their transition, Amber's husband had no transition training from the Army – he quite literally left the battlefield of the Operation Iraqi Freedom campaign and became a civilian.

Through her experience, Amber hopes to share what helped her family successfully navigate their transition and adjust to their new city. In her work with the VSN, Amber hopes to be an ally in finding resources to support other spouses and partners along the way. Amber works to convey the importance of establishing a community amidst transition, and how important it is to ask for what we need, while understanding that it’s all part of the process.