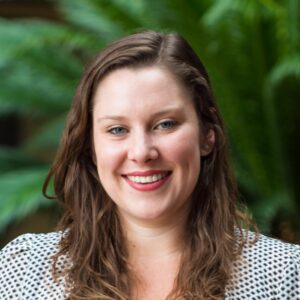 Hannah O’Brien is a graduate of the University of Texas at Austin’s Steve Hicks School of Social Work Masters program. A native of Austin, Texas, she knew she needed to spread her wings in college, traveling all the way to the east coast to attend American University in Washington, D.C. where she received her Bachelors in Law and Society. After earning her undergraduate degree, she held several positions that included working with children in schools, supporting offenders during reentry after incarceration, offering employment guidance for low-income adults, and helping support adult literacy. Hannah then began her Masters of Science in Social Work at the University of Texas, where she completed the Administration and Policy Practice concentration, planning for a career in non-profit management.

While pursuing her degree, she fell in love with, and ultimately married a Marine Corps veteran and began immersing herself in the unique culture of the military. It wasn’t long before she knew she wanted to pursue a career in the service of veteran spouses and families. Hannah has served as the Program Manager for the Veteran Spouse Network (VSN) since 2017, helping create, implement, and evaluate peer support programs for veteran spouses and families to ensure they receive the support they deserve. In addition to her role within the VSN, Hannah has had the opportunity to coordinate marriage enrichment and PTSD treatment groups for veteran couples, as well as assist in a multitude of different research projects aimed at supporting military and veteran families.