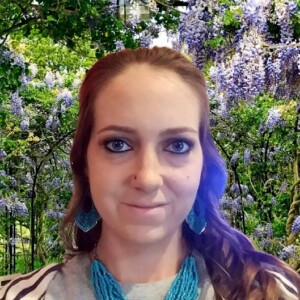 Marsha Tousha is a proud United States Marine Corps veteran spouse. She is also a mother of 5 and a stepmother of 2. She met her partner as a teenager at the age of 14, when he was just 17 and in the Poole program, gearing down to officially join the Corps. They had an instant spark and have been together off and on over the span of 14 years leading up to finally getting married.

Marsha has been a Veterans of Foreign Wars Post bartender for 5 years and has recently changed career paths toward County Corrections. She has also held several office positions in her VFW Auxiliary since her joining date in April of 2018, with her current position being Auxiliary President since December of 2020, and is now transitioning from her District Auxiliary position of Secretary to District President.

She and her partner are both very dedicated to supporting their local veterans, and their children are attempting to follow in their footsteps. Marsha considers herself very blessed to have the type of relationship with her partner where they are comfortable enough with each other to be able to talk about anything, and it is Marsha’s belief that “Everyone deserves a happy marriage, but none more than the military veteran, who served our country, and their spouse!” And this belief is what led Marsha’s heart to the V-SRG Team.